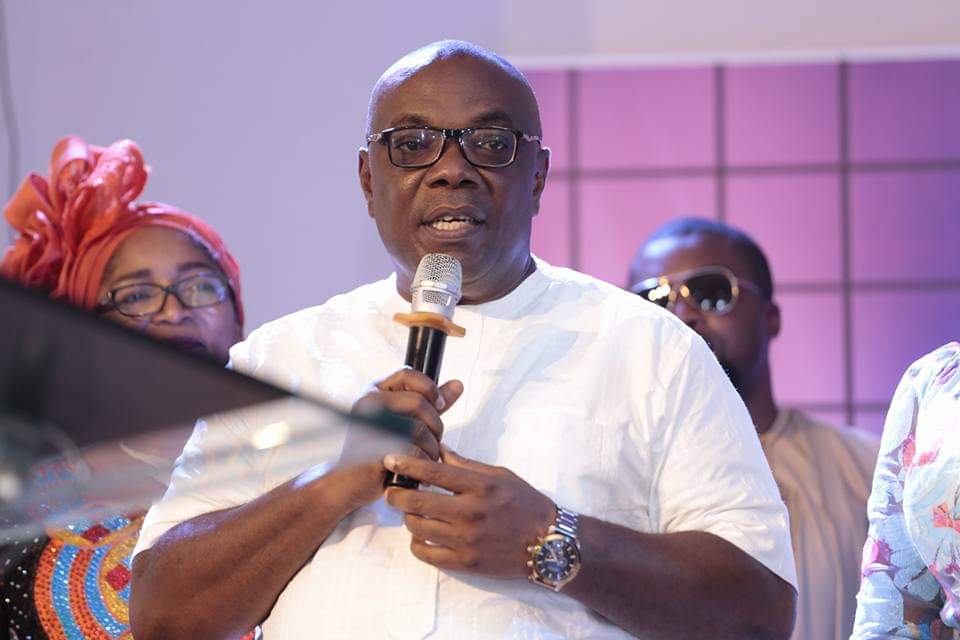 My name is Akpadiaha Ebitu. I am a lawyer by training and practise. I was called to the Bar in 2000. In addition to law practise, I also get involved in a bit of politics because I have a deep passion for leadership and service to humanity. I graduated from my great alma mater — Government Secondary School, Afaha Eket in 1980. As a matter of fact, I was in the 1979 Set. However, I suffered a drop as a result of a life-threatening injury I sustained while playing football in my Class Three. My enrolment in this school was necessitated by my mother, who, for some reasons, had to withdraw me from Boys High School, Oron. Looking back, I have no regrets.

Government Secondary School, Afaha Eket in my days was a pride, not just to Eket people, but to every student admitted to study there. It still is. Our New Site had these glittering physical structures reminiscent of an emerging tertiary institution. Even on physical structures alone, we were miles ahead of other schools. There were enough unused classrooms for some recalcitrant students to hide from the prying eyes of our principal, Elder Edet George Utuk, and the likes of unbeatable Augustine Andrew Umontuen; generally known as Pepper.

In those days, we used to trek the distance from the Old Site along Grace Bill Road to the New Site, which is today the permanent site of the school. Everyone was expected to be in the line, especially the junior students — whether it was raining or the sun was shining. The only time students were allowed to shuttle between the two school premises without forming a long line was at the close of school in the afternoon.

As junior students, going to the stream whenever we lacked public water supply (pipe-born water), used to be fun as much as it was labour. The stream is located along Eket-Ibeno Road, which is an extension of Grace Bill Road. In those days, shortly after morning prayers, all the junior students will come out with their buckets, and move in a straight line to the body of water confined by banks and overshadowed by a bridge. With passers-by staring, everyone was free to have his or her bath openly except you decide otherwise. After that, we would fetch water for our “Masters” back in the hostel.

My best day at Government Secondary, Afaha Eket was when my West African School Certificate Examinations result was released and I made Two Grade A. It was a joyful experience considering how we enjoyed the school, engaging in pranks! I still remember a few of my wonderful friends like the late Wilson Ndaowo, whom we used to call Casius Clay; Aniefiok Edem; and Stephen.

These were great friends. I can’t forget Reginald Edon; George Edoho Jack, now a lawyer; Edward Ekanem; Francis Ekwere, who incidentally taught me at the University where I studied law when I resigned from the Union Bank where I worked for 15 years. They all called me Patex! But my best friend in school was the great Owoidighe Adiakpan. Yes, we are still friends.

You dare not pass through Government Secondary School, Afaha Eket and fail to understand the meaning and practise of hard work. If you refuse to imbibe it by choice, it would be forced down your throat by circumstances. This school was and perhaps, still remains a centre of academic excellence. It was obvious that if you must attain that excellence, then you must work hard. That is still my advice to the upcoming students: work hard. Avoid bad companies. Concentrate on your studies. In my days, I played a bit of football and more of volley ball. I was leader of the Fans Club and President of the Dramatic and Debating Clubs. Still, I made it!

My career path was prepared by Elder Utuk through his constant encouragement for academic excellence and personal discipline. He was a father who would do all that was possible to guide and steer you away from wrong-doing; but will apply the rod mercilessly if you ignore his warnings. One of the things that discipline and consistency earned me was when I became the first legal practitioner in Eket and its environs to levy execution on Mobil Producing Nigeria Unlimited from the judgement I got against it. Among my several professional accomplishments, this feat gives me a lot of satisfaction.

By the way, for those students in my alma mater who want to become lawyers, you can make it! All you have to do is get ready to work hard. First, you must pass your examinations and be armed with the required entry qualifications. In practice, after the law school, you must be guided by the fact that there is no room for the lazy-minded. In law, if you do not know it, it shows. There is no hiding place.

I have also served in the NBA National Executive Committee since 2004. I am a member of the International Bar Association (IBA); and a member of the Commonwealth Lawyers Association (CLA). In politics, I am the immediate past Treasurer of the Peoples Democratic Party in Akwa Ibom State. Currently, I am the Company Secretary and Legal Adviser to Ibom Air. Once married, my daughter is a 400 level law student at Babcock University.

That’s the summary of an inspired life of an old student. I live in Akwa Ibom State. You can reach me on: ebituakpadia@gmail.com