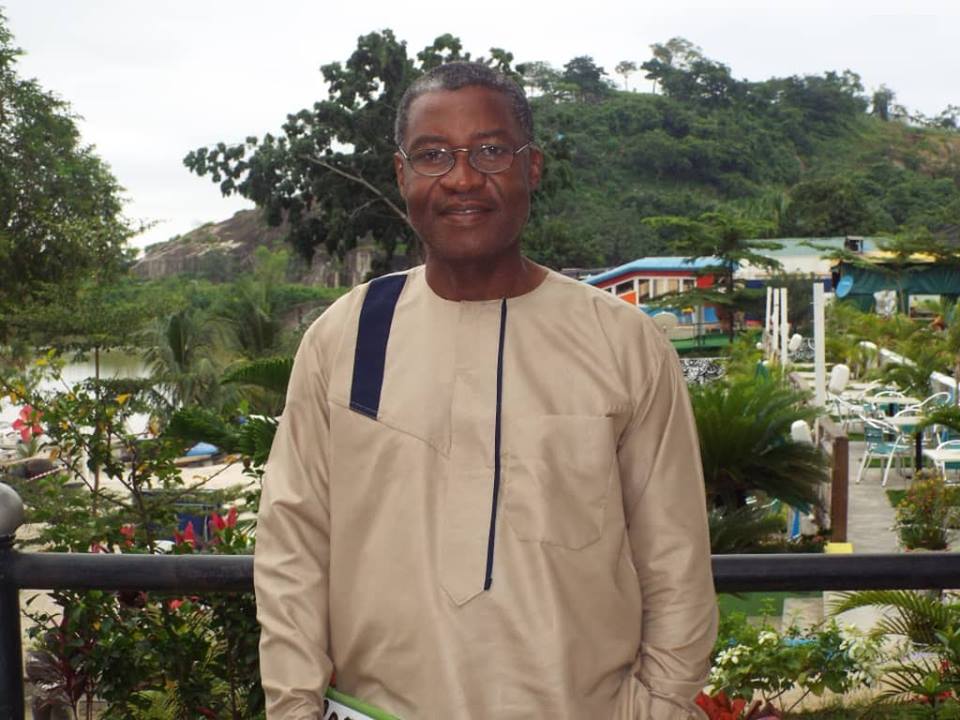 My name is Macarius Samuel Essien; alias Mac Sam. I belong to the 1978 graduating class of Government Secondary School Afaha Eket having been admitted in September 1973. At that time, we had only Three Houses in the dormitory. They were Bill House, Udoukpong House and Gowon House. I was in Bill House.

Belonging to social groups was fun. I was in the School Choir and the Debating/Current Affairs Society. On a couple of occasions, I and other old boys such as Thompson E. Thompson, Professor Garvey Uffot, etc., represented the school at what was known as “Schools Challenge” which usually took place in Calabar. It was rated as the equivalent of today’s “Who Wants To Be A Millionaire” but without monetary prize.

I also belonged to the Dramatic Society. At a time, we went on acting tour of various institutions including College of Education, Uyo, which is presently, the University of Uyo; Baptist Boys High School and the Rivers State College of Science and Technology (presently, Rivers State University) in Port Harcourt. The climax was when we presented a drama that was aired on NTV (now NTA) Channel 6 Aba. Watching ourselves on television in those days did not come cheap.

In the course of my five years stay at the school, certain individuals impacted my life positively. They included the Principal; Mr. B. I. Ekaluo and his wife, Mrs Ekaluo; popularly known as Mma Ete. Among the teachers was Mr. Augustine Andrew Umontuen (Pepper). He was the school’s choir master who adopted me as his son. Among other things, I learnt a lot of jaw-breaking English expressions from him. The Matron, Mrs. Imeh, was my school mother. Mr. Eshiet, known among the students as Etemi Eshiet, and Mr. Otu, also influenced my life. Others were my dormitory masters: Akanimoh Sampson Akanimoh (Pasoka), the school’s soccer star, Odungide Silas (Shark Duru); and Ephraim Etti, my senior who treated me as his younger brother.

I can still recall some memorable events. They were many but three readily comes to mind. First, during my class four era, one day, a certain boy was reading a letter from his girlfriend when one of our female classmates, playfully, snatched the letter and ran. The boy quickly chased her to get it back.

While still running, she decided to put the letter in her bra thinking that it would deter the boy from getting it. To her surprise, the boy forcefully removed the letter from her bra. Such an act was an abomination during our time. She decided to report the matter to the school authority. The boy was told to write a letter of apology to the girl.

Since the principal was very strict and would not tolerate errors in tenses and poor English expressions, the boy decided to seek the assistance of a classmate. When he went to submit the letter, the principal insisted that it be read out before the girl; in his presence. The boy started thus: “I do hereby apologize for the cacophony that occurred between me and my colleague ….” He pronounced the word colleague as ‘coleegway’

At this point, the principal asked him to state the meaning of the word and the part of speech it belonged. He answered: “verb, sir.” The principal looked at him curiously. Confused, the boy changed and said “adjective.” The principal asked: ‘adjective?’ He went on to name nearly all the parts of speech. Well, from that day, he was nicknamed Coleegway. However, people at my level, for fear of being beaten, dared not call him that. By the way, I was the smallest student in my set—from class one to five.

Second, our constant rival in any football competition was always St. Francis Secondary School, Ikot Ataku. We used to fight after every football match, no matter who won. On one of such occasions, we went fetish. We were required to make contributions in order to consult a native doctor. Our team played very fine but a striker narrowly missed scoring at the critical moment. When confronted after the match, he said that he tried his best. When he was pressed further, he replied, “Did we not consult a native doctor? Why didn’t he make the ball to go into the net after I had done my bid? At that point, we all went silent!

Third, on another occasion we had to take our mattresses from the dormitory to do a wake at the football field so as to watch out for emissaries from St. Francis whom we suspected would be coming to bury charms prior to the match that was to take place the following day. That was how deep and suspicious our rivalry went. At that time, our school football field also doubled as the local government’s stadium.

At about 1 a.m., we saw fire burning at a nearby bush. On approaching the scene, we observed that the fire was prevented by a palm tree from spreading out. Suspecting that it wasn’t an ordinary fire, we decided to throw stones at it. The fire immediately ended. Everywhere turned dark. Seized with fear, we all took our mattresses and ran back to the dormitory. The following day, we lost the match miserably. Then we decided to trace the palm tree and could not see anything that was burnt around the scene of the night fire. To this day that event has remained a mystery.

On leaving school, I trained and practiced Insurance and Hospitality business. I’m presently resident in the Federal Capital Territory. Here are my contacts: Email: macsame@yahoo.com Phone: 08136656418