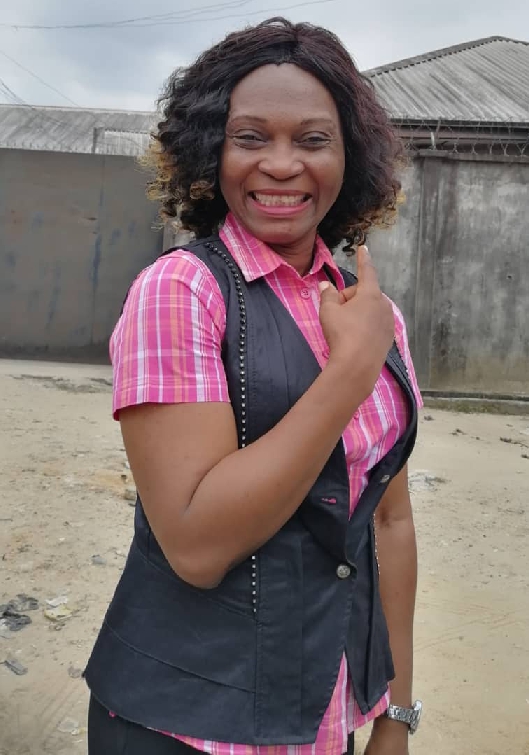 Idongesit Umanah: The story of my admission, sojourn and passage through Government Secondary, Afaha Eket, sounds more like a divine arrangement than ordinary. My admission was entirely my parents’ idea. My Dad simply plucked me from Federal Girls College, Ugbowo, in Benin City after one year; because to him, “the distance was too much.” To be fair to the old man, I used to weep uncontrollably each time I was leaving home for a new term.

The second convincing reason was that his beloved friend, Elder Edet George Utuk, had just been transferred to Afaha Eket. He thought it would be good to have his precious first daughter attend a school where she could be closely supervised. If I thought that would be fun, as it would create room for a little rascality, I was mistaken. Elder Utuk was friendly but extremely firm.

But what I lost in childhood mischief, I gained in eternal moral upbringing. In Elder Utuk, I met one of the best Principals anyone could ever have. Utuk and his team of teachers (a unique ensemble) laid a great foundation of academic and moral excellence, which still counts today. You couldn’t pass through the walls of GSS, Afaha Eket, without being positively affected except you deliberately chose to go astray.

The discipline was hard to contain. You wouldn’t dare misbehave or perform woefully in academics. My case was especially unique because I was dumped on Utuk’s laps as a child to be nurtured and spanked when and where necessary. So, my good old Principal kept his eagle eyes on me. I must confess that was not funny at all. But academically, it paid off because I managed to be among the top five in academic performance all through. I had to constantly battle with a bunch of brilliant boys and girls.

Enter Mr. Augustine Andrew Umontuen, popularly known as Mr. Pepper. He was our Choir Master. Guess what! Government Secondary, Afaha Eket Choir was the best in the area and beyond. Mr. Pepper taught us perfect harmonies, drilling us mercilessly on the notes of the tonic solfa. Choir practice was real fun; interspersed with humour and some whips of his cane when we sang nonsense.

Mr. Pepper was full of creative ability. He composed songs—songs that were taller than his modest height—and the awards started coming in. I remember a notable one from Mobil Producing, Nigeria that earned him a scholarship to study overseas—an offer he either turned down or was stopped. Pepper was in love with the classroom. He enjoyed his job!

He taught history, which wasn’t one of my favorite subjects. But Pepper made me love it. He taught in a manner that left vivid pictures in your mind. God rest his soul. I also remember Mr. U. U. Anwan; Mr Nkwo, and my pretty English Literature teacher, whose name I have forgotten. There were a lot of other people who are part of my fond memories of GSS.

Somehow, I was a favorite student of my English Literature teacher. With her bold red lipstick, she would say in class, “Idongesit, stand up and read for them.” She thought I had a good voice. Then one day, one of the boys dared to change the narrative. Sam Akpe stood up and “read for them” and ended with a quote that left an impression on her. The quote was from the Midsummer Night Dream. I guess I can still recall the line: “above my fortune, yet my state is well. I am a gentleman.” Moving forward, we became her favorites. Interestingly we both emerged as best students in academics in our final year.

It wasn’t all glamour and fun at GSS. We lived in different locations from where we attended classes. That meant a daily journey covering some kilometers. During the tortuous journey, the senior students and Prefects must find every excuse to book you down for punishment. I dreaded the early morning journey to the stream to bath and fetch water. It was in that stream that I learnt to swim—and nearly drown in the process.

In a way, GSS influenced my career choice. I got assigned to a science class by reason of my grades in science subjects. Mum had always wanted one of her daughters to be a nurse like her; and she somehow achieved that through me. Elder Utuk wanted me to study medicine. But despite his encouragement, my Mum’s wishes prevailed. I have since come to love and cherish my profession. It gives me incredible fulfillment. The highest point for me isn’t the pay but the smiles on my clients’ faces—they are worth more than diamonds. True wealth is in being a help to people. Nursing is a beautiful experience.

I can’t forget my friends at GSS. I must confess that I was an extremely shy little girl. I had just a few friends. I wasn’t the social life of the party type. I remember my horror each time some girls from the dormitory would “break bounds” and escape for night parties. Some dared to come back tipsy. But I had friends; and two stood out: Ekaete Ukpe of blessed memory; and Victory Samuel.

Ours was a unique trio. When we returned from the holidays we would pool our resources together. One of us kept all the money and another was in custody of the provisions. We sang, played, laughed and studied together. If one was hurt, everyone was hurt. If one was punished, every one will share in the punishment. It was a bond so unique it became the envy of some students. Some tried to duplicate it too. Even our parents got to know us well after our school days.

So, that’s it about GSS, Afaha Eket, my great alma mater, and the school that moulded all of us into what we are today. For the on-going students, you need to study hard. Elder Utuk may not be there again; but his imprints are all over the place. Study hard, be focused, dream big and declare the future. It’s quite competitive out here. You want to be a nurse? Please study the sciences.

I am currently based in Port Harcourt. My e-mail: