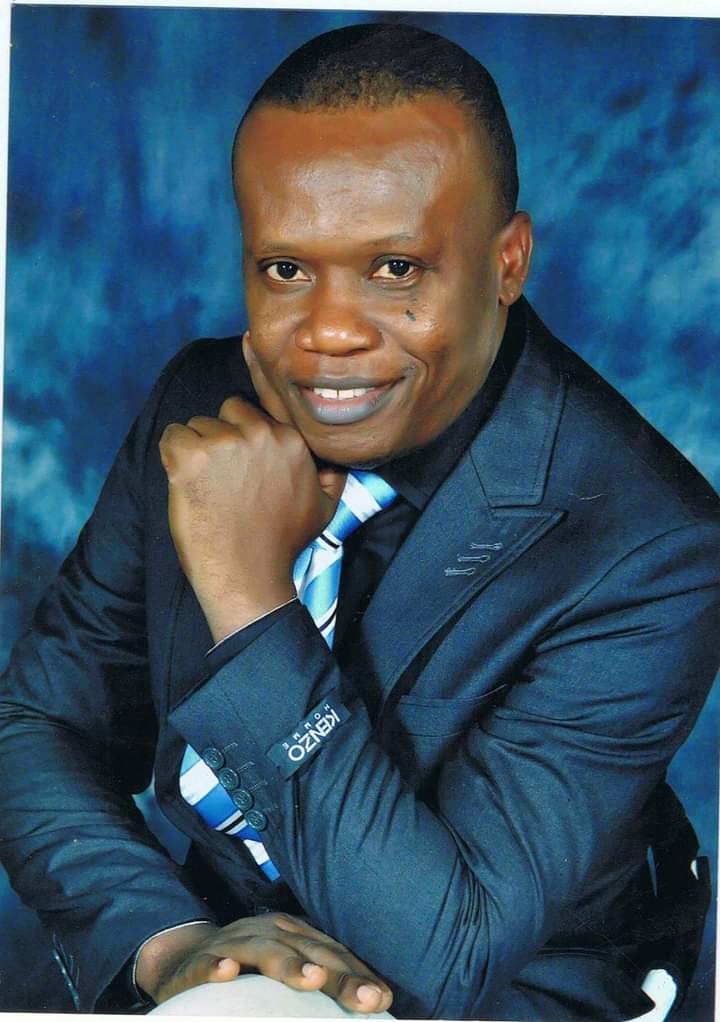 I AM Umah Ernest GSS story
My name is Umah Ernest. I graduated from Government Secondary, Afaha Eket in 1986. I am a proud old student. Government Secondary, Afaha Eket prepared me for what I am today. It laid the foundation—not just in academics, but in every aspect. Other institutions only built on that foundation. I got my flair for writing Short Stories and Poetry from the richness that was buried in the School Library. As an introvert, my best moments were the break times which I used burying my brain in the treasure of the school library.

The well-stocked library was to me what the monasteries and the mountain caves were to the ancient monks. It was where I could escape into the imaginative world created by talented authors. Before I got to Class Four, I was already conversant with authors like Cyprian Ekwensi, Chinua Achebe, Wole Soyinka, Camera Laye, Ngugi wa Thiong’o, Sherlock Holmes, Charles Dickens, Williams Shakespeare and a lot more. I fantasied with Robert Louis Stevenson’s Treasure Island; my imagination ran wild with the horror-filled Clash of the Titans by Alan Bean Foster. The list of my favourites included Mark Twain’s Adventure of Tom Sawyer; Daniel Defoe’sRobinson Crusoe, and several more.

At a point I was beginning to feel that I could investigate and solve any crime puzzle because of Sherlock Holmes books. A few of us (students) used to fairly compete among ourselves to know who read most of The Pacesetter Series. I would later identify with Anezi Okoro’s One Week, One Trouble whenever it seems that there was hardly a week passed, without my getting into trouble with my seniors. Although, I did not end up choosing Literature as a subject in my School Certificate Examinations, the School Library will always remain the silent moulding pot for me in Government Secondary School.

On graduation in 1986, I proceeded to the University of Calabar where I studied and graduated with a Bachelor Degree in Business Management. Today, I have a divine call to serve humanity as a Bible Commentator and Analyst. We bring Bible stories alive in a manner that young people would find interesting. I serve in an organization called Salvation Manual Network Initiative (SMNI). Currently, we are working on producing a Television Reality Show that would feature Bible commentators and preachers. I will always owe my success to the foundation laid in Government Secondary School.

In the 80s, the reputation of GSS was so enviable and strong that I made no personal effort at choosing to attend the school. Back then, every head of Primary School wanted their best pupils to study at Government Secondary School, Eket. When it was time for Common Entrance Examination, the Primary School I attended simply chose GSS Afaha Eket without seeking my opinion. In their view, it was the best school for me. I later realized that it was a wonderful choice. I am proud of the somewhat renaissance of excellence in GSS Eket that had been catalysed by the current leadership of the Alumni Association.

From the day I went for interview at GSS, one person had always had the biggest influence in my life throughout my stay at GSS, Afaha Eket. That was my Principal, Elder Mr Edet George Utuk. Those who knew him well would testify that at that time, whenever it was mentioned that, ‘principal is coming,’ the entire block of classrooms would go dead-silent. I kept wondering how he did it.

Sometimes I wonder what my life would have been like if I did not encounter this man. Till date, Elder Utuk’s slogan and summarised rule: ‘Love to juniors; respect to seniors’ has been my personal motto in raising my children and in any leadership role I find myself. Again, what would the later day products of GSS Afaha Eket been like without Elder Utuk? It is hard to imagine. His wife, a qualified nurse, would often take the students’ health issues as her own children’s. His impacts are indelible—and undeniable!

I have sweet memories of my stay in GSS, Afaha Eket. The most memorable would be my experience as a member of the School Band. That means Independence Day (October 1) and Children’s Day (May 27) celebrations every year were special days to us—especially to me as an individual. We were always dressed in special attire with all the paraphernalia of the events. There was a silent but intense rivalry between our Band Boys and that of Saint Francis Secondary School, Ikot Ataku.

When I joined the team, Bassey Ikot was the Sergeant Major—a mature cool headed man, who was also a 100 metres runner. However, when he left, a junior—Ekpa Udo Enoch—introduced flair and flamboyancy with the way he handled the Major’s Staff. The biggest fun was to be part of a team that always won medals during the Match Pass.

Inter-House sport events were another moments. I would not consider myself an athlete; however, in one of our inter-house sport events, I got drafted at the last minute to represent our House, Udoukpong, in the sack race. I got the bronze medal. That was my only competitive sporting activity.

There are many things that will not allow the memories of GSS to fade in me. First is discipline. While still in school, I did not realise how highly-rated we were in the area of discipline, especially amongst other schools in the then Eket Local Government Area and its environs until the day when we went on a joint cross-country race with Saint Francis Secondary School, Ikot Ataku.

Saint Francis’ students had come from Ikot Ataku to join us on Grace Bill Road, where our hostel was. We jogged from there to Salvation Army Secondary School in Akai Ubium. On our way back, tiredness set in and it was difficult to keep the students in line as a group. That was when I overheard some seniors of Saint Francis complaining about our students. One of them said: “I thought they are said to be the most disciplined, how come they can’t fall in line?” That was when I realised our worth as students of GSS Eket.

I also remember the excitement I felt when I would hear the name of our alma mater on radio doing well in the ‘School Challenge’ Radio Quiz Competition hosted by the popular (now late) Ubong Ndah for schools in the then Cross River State.
Apart from Elder Utuk, I recall that Mr Udombang, our Biology teacher in Classes 4 and 5 was an influence in the area of discipline. Who can ever forget “Pepper” our beloved Augustine Andrew Umontuen of blessed memory! He was a model in discipline and dedication to service. Pepper’s hands were everywhere—School Band, School Choir, Cultural Dance, practical agriculture, history, etc.

I still remember how Pepper once enriched my vocabulary when he corrected a student who used the word ‘logic’ to mean ‘falsehood.’ ‘You have to be logical in your argument without applying falsehood’ Pepper asked. Before then, like the student who initially used the word, I saw ‘logic’ as another word for falsehood.

Pepper had been the school music Director but somehow in my senior years, I found myself being the conductor of the choir, I cannot remember how it happened, but I guess, Pepper was gradually setting us up for leadership position. My legs were shaking the first day I stood in the school chapel and in the massive auditorium of the Qua Iboe Church Afaha Eket to conduct our choir. Soon, conducting the choir became part of me. Former Miss Glory Ekop, Gladys Bassey, Solomon Etuk (the Senior Prefect of our set) and others who were part of the choir experience would testify to its uplifting nature and fun.

Frankly speaking, GSS did not mould just me, there are several others too. I remember Sam Akpe’s one-man little drama—acting as a journalist anytime there was a football match or any social function. He would go about interviewing people with an imaginary microphone. He was also a serious contender whenever we had Debate. It was no surprise when I came across some articles in some national newspapers to his credits.

I had friends, but two were closest—Godwin Anwan and Aniefiok Ime. We are still in touch till today. That bond of friendship would be difficult to break. I dare say that what Government Secondary School, Afaha Eket joined together, no distance and seasons can put asunder.

On the down side, I also remember some negative moments. One day, as a junior student, I did something ill-advised. I went out of the hostel in company of another student at night without permission—to see a movie in town. That is to say we broke bounds. Till now, I do not know what led me to do that and moreover, I do not know how and why we were not caught. In retrospect, I believe that was a silly thing to do. It was an act of indiscipline. The risk was extremely high. The punishment, if found out would have been huge. But at that time, it was considered an act of valour.

My advice to the current and future students of the school is: Be focused, avoid cultism and make sure that you participate fully in school-approved extra-curricular activities. Have the best of fun within the bounds of discipline.

It is my joy to belong to this group: GSS Alumni Association. The goals are beautiful and lofty. I believe the founders and the initiators of the project did a selfless service which would certainly be rewarded. I appreciate Francis Odoro and Isaiah Ntekim for linking me with the group, Sam Akpe for staying in touch, David Anwan had been more than a senior friend. The President, Aniekan Willie and the publicity chief, Usoro I Usoro, Ph.D, you are doing a great job.